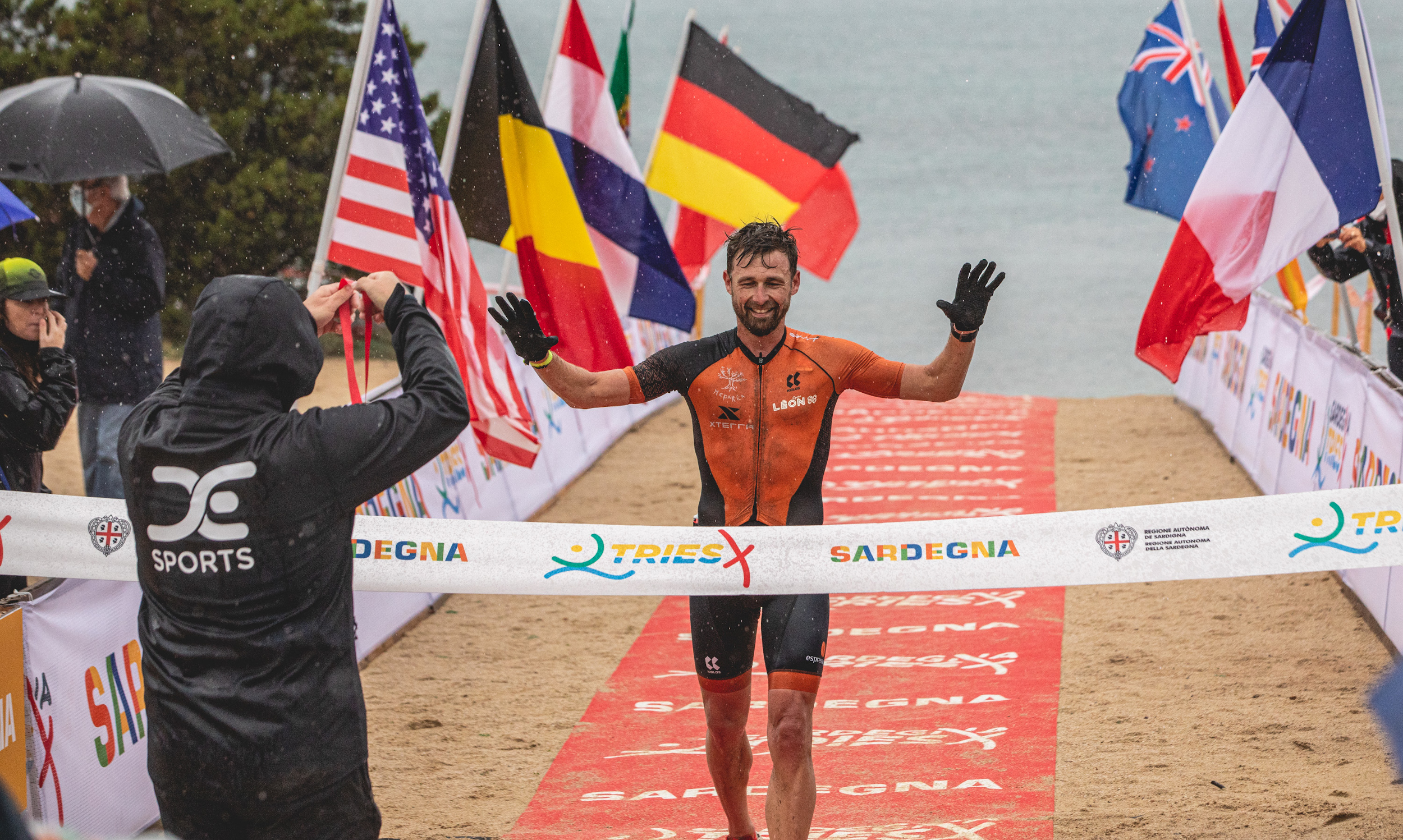 Frenchies were among of the most strong and competitive riders in Sardegna Tries X start, but they went beyond the expectations topping both Triathlon Cross Country Men and Women’s race in Golfo Aranci (Sardinia, Italy) with François Carloni and Morgane Riou respectively, on Sunday, October 31st.

On a rainy morning with autumn weather, Team Nissa Triathlon’s 36-year-old Carloni limited the gap from Julien Buffe in the swimming fraction, getting to the transition area a few seconds behind the countryman. Carloni took the race lead in the MTB fraction clearing the room behind him before strengthening his edge in the running part.

“Despite a knee problem that affected my performance, I managed to succeed in a very demanding race. For the rest, I felt good and I managed to get a good victory in front of many very competitive colleagues”, Carloni commented.

Behind the winner, Swiss Xavier Dafflon (Swiss Triathlon Scott) finished second thanks to a strong comeback in the MTB and running parts. Back to Triathlon Cross Country after 13 years, Italian Alessandro Degasperi managed to stand on the podium, counting on a good start in swimming and a great comeback in the running fraction, after carefully driving his MTB in the central one.

Kiara Lenaertz (Belgian Team) was the fastest woman in the swimming fraction, before giving way to the big favorite Morgane Riou (Issy Triathlon), recent winner in Malta. Maud Goldstein (Trihalis) got to the finish line behind the 36-year-old French and ahead of Belgian Lenaertz.

“I’m really happy I topped this very demanding race, especially in the cycling section. Anyway, the course was very beautiful and I celebrated in the best possible way my last race of the season and my return to this beautiful island after seven years”, said Riou.

Francesco Biggio, President of the Sardegna X Sports (OC company), couldn’t hide his satisfaction, despite the last-minute forfeit of the highly anticipated Ben Allen. “It was a beautiful, hard-fought and high-level technical race. We’re sorry we couldn’t see Ben Allen at the start, but unfortunately, the Australian Covid regulations required a long quarantine that would have negatively affected his season. Anyway, we talk about a champion who is in love with Sardinia: we’ll be waiting for him in 2022”. 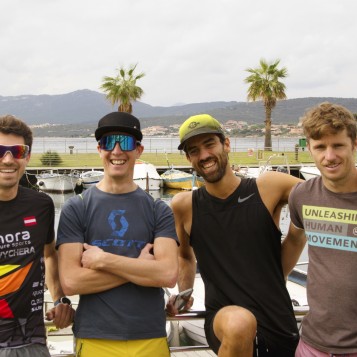 Sardegna Tries X to the starting gates in Golfo Aranci 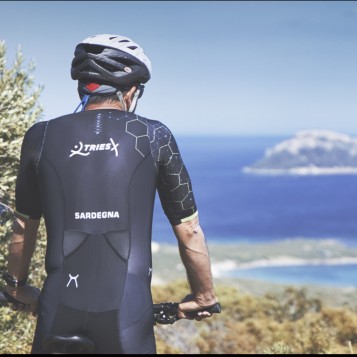